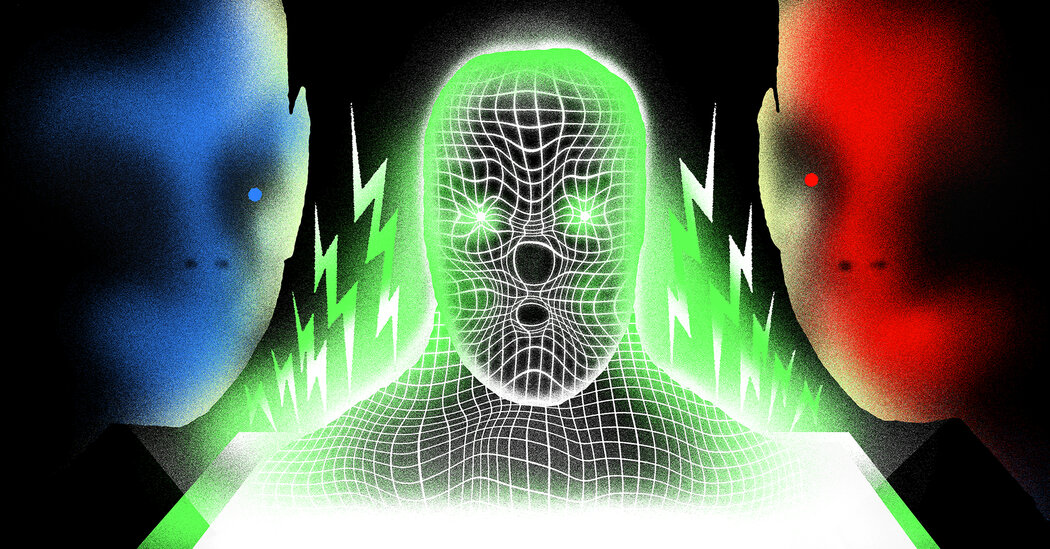 American politicians from opposite parties don’t agree on much — except that technology superpowers are too powerful.

Liberal Democrats and conservative Republicans applauded the Justice Department’s lawsuit this week accusing Google of illegally protecting its monopoly over search and search advertising. And members of a House committee on both sides mostly agreed that Google, Facebook, Amazon and Apple had grown too muscular and were abusing their power.

To find out how America’s tech giants became bipartisan punching bags, I spoke with my colleague Cecilia Kang, who has written about technology companies and Washington policy for nearly 15 years.

Shira: For years, Washington politicians tended to agree that technology companies were great American successes. How did that change?

Cecilia: The moment that many people point to was the 2016 U.S. election, when Russians used Facebook, YouTube, Twitter and Instagram to spread disinformation and disrupt the election. But I would say the political backlash to Big Tech started earlier.

Even in the Obama administration, there was the beginning of unease about tech companies’ influence over commerce, the exchange of ideas, entertainment, advertising and other areas of our lives. And it was easy to see Big Tech as symbols of something amiss when Americans’ wages stagnated, but tech companies got richer.

Could the tech companies have done anything different to avoid political anger?

In some ways it was inevitable. Apple, Google, Amazon and Facebook together have a stock market value of more than $5 trillion. Amazon is one of the biggest employers in the United States. You can’t hide at that size. And there is an American tradition of suspicion of big corporations.

(Read Cecilia’s latest: The Federal Trade Commission is moving closer to a decision about filing an antitrust lawsuit against Facebook.)

Republicans tend to believe the government should be hands-off with corporations. But now prominent Republican politicians want more government intervention or even breakups of Google and other tech companies. Why?

Enforcing antitrust laws is generally seen as a technical, nonpartisan area of law and policy.

And there’s a belief among some conservatives that because companies like Facebook and Google have so much power, they too tightly control what people say online and are biased against conservative views. It’s fairly novel for Republicans to link free speech to antitrust violations like this.

Is there evidence that Google or Facebook exhibit bias against conservative material online?

From what I understand, credible research tends to show that it isn’t true. It’s hard to believe conservative voices are suppressed online when people like our colleague Kevin Roose show how widely shared conservative content is on Facebook.

If President Trump or other conservative figures have their social media posts flagged or fact checked by internet companies, it’s often for nonideological reasons — they are more likely to push the limits of companies’ rules against bullying or sharing false information on important issues like elections.

I get it. Companies like Facebook, Google and Twitter have enormous influence over what we see or don’t online, and there’s little transparency about how they make those decisions. And top executives of large tech companies are largely seen as liberal.

Google’s former chief executive said the antitrust lawsuit was a political hit job by the Trump administration. Was it?

Something can be both politically motivated and done on the merits.

If Joe Biden becomes president and Democrats take over a majority of the Senate, would the Google lawsuit end? Would Big Tech be more in favor?

No. There’s a consensus among Democrats that Big Tech has gotten too powerful and deserves antitrust scrutiny.

I want to spend another moment on how government officials have handled technology companies.

When I saw politicians cheering the antitrust lawsuit against Google, I wondered if they should be wallowing in shame instead. If government officials had effectively enforced the rules, that might have stopped or slowed some of Google’s behavior before it led to what the government now says is an illegal monopoly.

Corporations are going to do what they do — find ways to give people a product or service they like and make money doing so. It’s up to our elected representatives and watchdogs to make sure companies don’t cross the lines.

That’s also a point that my colleague Kate Conger made about Uber and similar app-based companies. One of the ways Uber and Lyft got big fast was their novelty in taking contractor rules typically used for people like the owner of a trucking business and applying it to millions of people who drive perhaps a few hours a week.

Now, more cities and states are questioning whether this widespread gig work was a misapplication of the law that created crummy jobs and burdened taxpayers with costs like unemployment insurance that the companies should be paying instead. Uber and other app-based companies are now fighting a law in California that would reclassify their workers as employees.

One of Kate’s questions, and mine, is: Where were the government officials before now? “The legality of the gig employment model has been in question since these companies’ founding,” Kate told our colleague Jill Cowan for the California Today newsletter. “But California and other states moved slowly to clarify and enforce the law.”

Like Google’s tactics to make its search engine and other web services more prominent, gig work was a legal, ethical and policy question mark for years. There is no clear cut answer, to be fair, but government officials chose not to do much about Google or Uber until the problem became a huge, expensive mess to try to fix.

Two young raccoons broke into a California bank after hours. They made a mess, but don’t worry. They didn’t steal anything. (And they weren’t harmed.)