Will More Data Make Us Healthier? 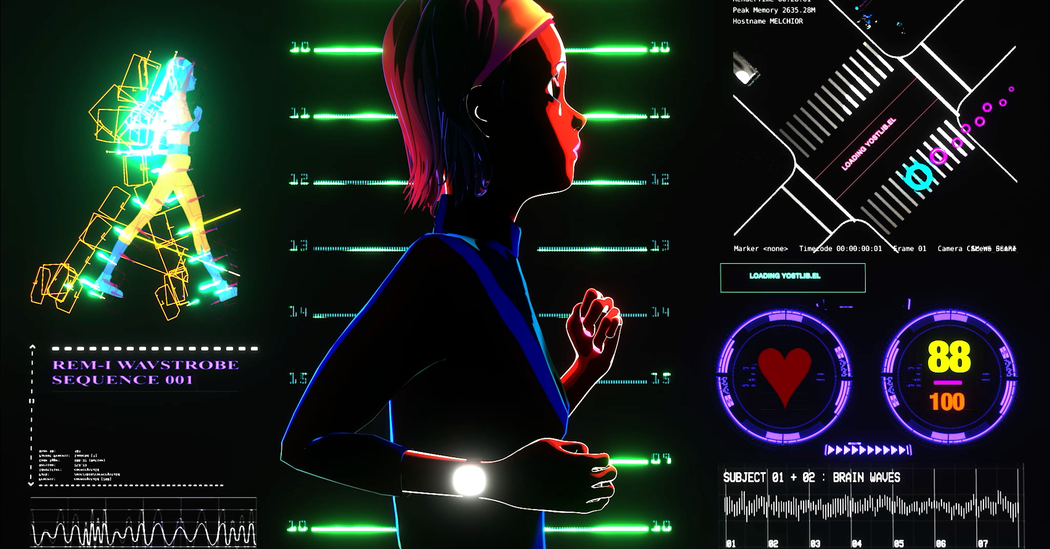 Amazon wants you to wear a tracking device that makes 3-D scans of your body and analyzes when your voice sounds stressed.

Amazon’s new tracking wristband and accompanying app show how body-worn health technologies have evolved in the last few years. What used to be relatively simple gadgets that logged how many steps people took have morphed into holistic systems that promise to guide us and our doctors to improve our health, and maybe even spot illnesses like Covid-19 before we know we’re sick.

The principle behind these technologies is that collecting more data will help make us healthier. The message from experts I spoke with is that there’s potential in that idea, but it hasn’t been fulfilled yet.

For now, health and fitness tracking systems can be very useful for some people — but not for everyone. I know people who swear by their fitness trackers to help manage their weight, and others who exercise more because the Apple Watch gives them kudos for doing so.

One big limitation of health devices, though, is that many people don’t know what to do with the data they see about their heart rate or how many hours they slept.

“We’re not doing a very good job of educating people what to do with that information. That’s the piece that’s missing,” said John Jakicic, the director of the Healthy Lifestyle Institute at the University of Pittsburgh. (Side note: For some people, having data on their sleep might actually be counterproductive.)

The companies behind health tracking technologies know this is a problem, and they’re increasingly promising to suggest actions that people — or their physicians — can take from all the data that the tracking gadgets collect.

Amazon said, for example, that its health tracking system might be able to suggest which workout is most effective for someone. Fitbit says its sensors can score your stress level. Amazon, Apple and other companies are also trying to integrate information from their health technologies into electronic medical records. In principle, that means a patient with a heart condition could share daily electrocardiogram readings with her doctor.

But it’s not always clear whether the insights from these health trackers are helpful or accurate. Jessilyn Dunn, a Duke University professor who studies uses of medical data collected from wearable devices, said that researchers usually can’t access or validate the assessments that tech companies are making from people’s data.

So, if you’re considering buying a health tracking technology, consider what you realistically might get out of it. Will it be helpful to know how much you slept or for Amazon to estimate your stress level from the tone of your voice? Think about whether you trust the company behind the health tracker with sensitive information from your body.

You might find these trackers helpful. But don’t expect them to be miracle cures.

Every day there is a new and bizarre wrinkle in the already bizarre soap opera involving TikTok, the popular app that has become a political hot potato.

Microsoft wants to buy it. Weird! And now Walmart (???!!!) is in the mix. So is Oracle, which sells extremely boring, not-at-all-like-TikTok software for corporations.

I can make beautiful PowerPoint presentations listing financial and strategic reasons for why it would make sense for these companies to own TikTok’s operations in the United States. But the best explanation is a simple one: TikTok is a valuable property that some company probably will be able to buy for cheap.

When a company is forced to sell under conditions like that, it’s not in a position to get the best price. Bad for ByteDance, good for whoever buys the app from ByteDance. (Even a cheap price for TikTok’s U.S. operations will still likely cost many billions of dollars.)

If you had the money and a great house in your neighborhood was on the market for a lowball price, you might take a look, too. Now imagine buying that great house but knowing it’s built on top of a haunted cemetery and has a balky sewage system. That’s TikTok.

Owning an app in 2020 means you have to deal with people who spread dangerous conspiracy theories or pick fights with the president of the United States. Bill Gates, the co-founder and former chief executive of Microsoft, described TikTok as a poisoned chalice.

That’s exactly right. That steal on TikTok could prove extremely smart, but the new owner is going to be distracted by a lot of sewage leaks.

What I want to know is where did this woman find a harness for this llama?