With ‘Knives Out’ Deal, Netflix Signals It’s in the Franchise Business 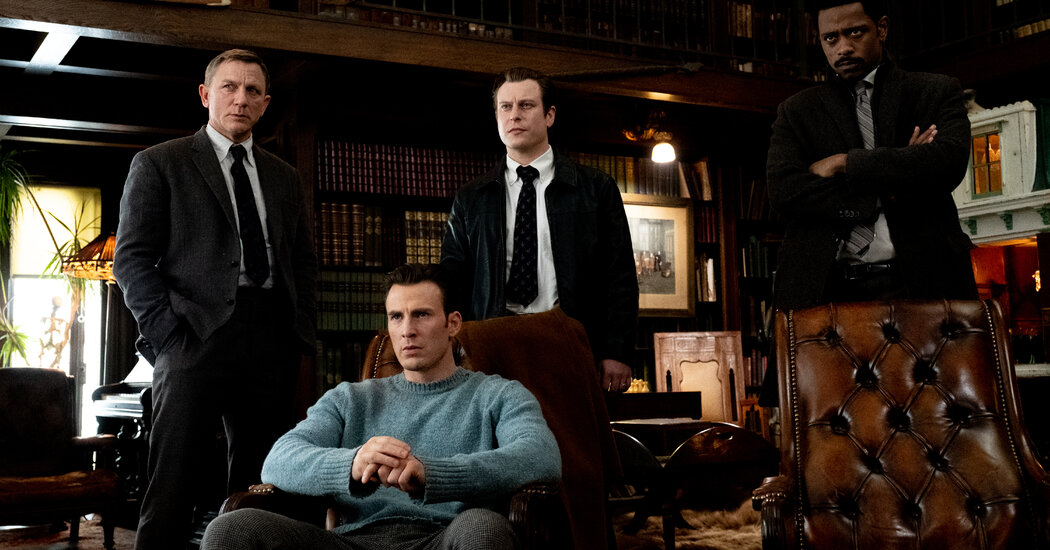 “The pandemic has really put the streamers head to head with theatrical distribution,” said James Moore, chief executive of Vine Alternative Investments, an asset manager focused on the entertainment industry. “Now you’re seeing the economics really accelerate towards the streamers, and they have both the wherewithal and the strategic need to retain those gains.”

“Knives Out,” with a cast led by Daniel Craig and Chris Evans, earned $311 million at theaters, close to half of it in international markets — the biggest growth opportunity for streaming services. It was one of the few box office winners in the past few years not based on a comic book or on existing intellectual property that was tied up in a lengthy studio deal.

(John Krasinski’s “A Quiet Place,” from 2018, is another example. But that R-rated horror film was owned by Paramount, and it was such a box office boon that its sequel was one of the few films the studio held on to during the pandemic. It is scheduled to come out in theaters on Memorial Day weekend.)

For the original “Knives Out,” Mr. Johnson’s representatives at Creative Artists Agency negotiated a one-film licensing agreement with the film’s distributors, MRC and Lionsgate. That deal gave Mr. Johnson and his producing partner, Ram Bergman, control of the franchise and the right to shop future iterations to other parties. (Mr. Craig, who played the arch Southern detective Benoit Blanc in the film, is also an equity participant in the deal.)

The movie is part of a tried-and-true genre — the star-studded whodunit — that has been reinvented in recent years. “Murder Mystery,” starring Adam Sandler and Jennifer Aniston, was a hit for Netflix in 2019. Kenneth Branagh’s reimagining of Agatha Christie’s “Murder on the Orient Express” in 2017 worked well for Disney’s Fox division, pulling in $352 million, including $250 million from the international market. (A follow-up, “Death on the Nile,” has been pushed to 2022, partly because one of its stars, Armie Hammer, has been tarnished by a recent sex scandal.)

The “Knives Out” deal also highlights how much easier it is for a streaming service to exploit an already known title than to build one itself. While Netflix scored big with the 2018 Sandra Bullock film “Bird Box” — it said 89 million households had tuned in to watch the film within four weeks of its release — it is just now gearing up for a sequel, a Spanish-language version that won’t feature the original star.