Zoom, Xoom, Züm: Why Does Every Start-Up Sound Fast Now? 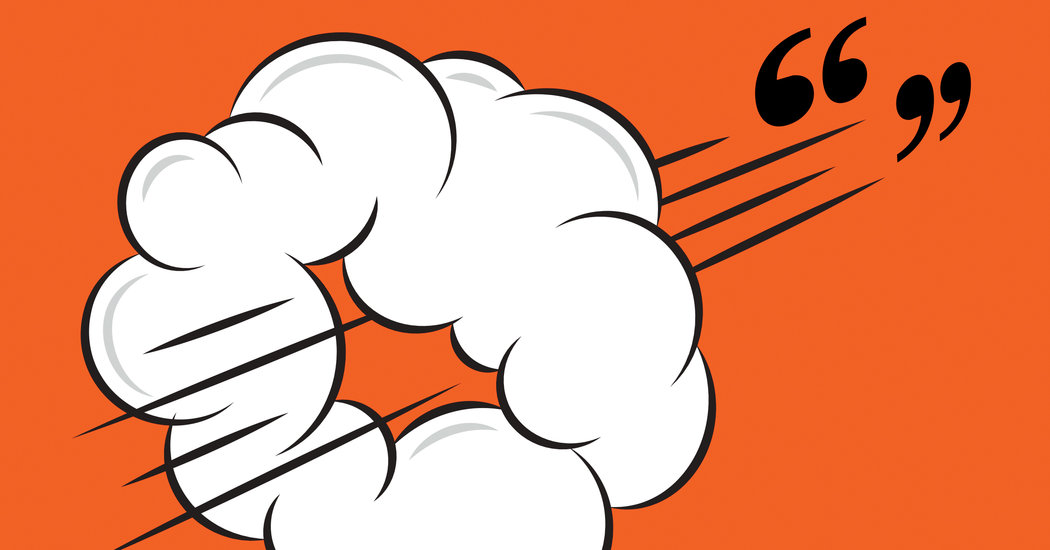 One day this quarantine, who can say which, I encountered the following pieces of information: Zoom, the videoconferencing company, saw its stock hit a new high; Züm, a ride-sharing venture, cut its work force by a third; and Zume, the robot pizza start-up, failed to raise more funding.

In other words: Zoom boomed while Züm pruned, and maybe Zume was doomed?

I asked Nancy Friedman, who runs Wordworking, a naming consultancy in Oakland, Calif., whether I was losing my mind. She did a search and found 575 live trademarks that included “zoom” or “xoom.”

“I’m sure they all thought they were the only one,” Ms. Friedman said.

The strongest brands are evocative, not descriptive, she added. But in her experience, people with engineering backgrounds don’t always see the value of a good metaphor. “And now they’re all in the shadow of Zoom,” she said.

Start-ups are supposed to be very, very fast. They “move fast and break things,” they “hire fast, fire fast” and they certainly fail fast. They have a magazine: Fast Company. They have a diet: intermittent fasting.

Some companies are literal about it. They put it right in their name. FastPay, Fastpath, Fastly. Qwick, Quikr, Quikly. Instacart, Instabase, Instawork. You get it.

But many more prefer to convey their speed even speedier — faster than human brains can comprehend words. Kill complicating factors like context and connotation and replace them with sounds. Zoom, Vroom, boom!

Does merely sounding fast give a company a boon? Or has Zoom’s monsoon ruined the sonic opportune? For tens of minutes on a quarantined Thursday night, I spumed. The question loomed. It consumed me. Foredoomed me. Nearly entombed me.

Fact: There have been at least 120 start-ups whose names include something that sounds like “zoom.”

Fact: They have raised a collective $1.8 billion in funding, according to a spreadsheet I painstakingly constructed with data from Crunchbase, PitchBook, AngelList, Securities and Exchange Commission filings, and a website called Fundz.com.

Fact: The spreadsheet is called “Fast-Sounding Start-Ups: Shelter-in-Place Is Going Great, Thanks for Asking 🤪🤪🤪”

And yet, the questions ballooned: Is merely not failing the same as succeeding? My laptop fumed, festooned with tabs (222). I felt marooned. At this point, the quarantine lifestyle influencers would have advised me to step away, exhume myself from my internet cocoon, maybe listen to “Va Va Voom” on a Zune.

But other, more gung-ho experts would implore that I hustle on. By this platoon’s rune, anyone who doesn’t level up “10x” during quarantine is a buffoon. Shakespeare 👏 Wrote 👏 “King Lear” 👏 During 👏 the Plague!

This investigation was my “King Lear.” All I needed was the answer to one simple question: What does it even mean to be successful?

Google results were inconclusive. Worse, the complicating factors mushroomed. For example: Americans in the generation after the millennials are calling themselves “zoomers.” And what about the powerful flag planted by Mazda’s 15-year “Zoom, Zoom, Zoom” ad campaign? Is Zumba still a thing? And most important: Do the people who call that thing where dogs run around like crazy “the zoomies” feel at all embarrassed?

These were the existential questions of our time. I needed help. I emailed Sequoia Capital to ask why the firm likes the great zoombinos so much. A spokeswoman wrote: “We like them all, but stay away from gloom and doom.” Do they think this is a joke?

I tried founders. XoomDat, a software start-up, has soaked up the spoils of its fast-sounding name, according to Ousmane Condé, its chief executive. “Our clients almost instantly made the connection between the company and the name,” he said.

Then I encountered a company that, bafflingly, changed its name from Zoomstra (practically supersonic) to Guide-a-rama — much slower, in my opinion. Aaron Kassover, the company’s founder, said the change was part of a 2014 “pivot” from sales guides to marketing guides. Neither business saw much success, he added.

“If only we hadn’t changed our name,” Mr. Kassover wrote. He said he was taking offers for the Zoomstra.com domain, which means that you, too, for the price of a doubloon, could zoom.

Is life better in the slow lane? I emailed Slow Ventures, an investment firm in San Francisco. The name “stands out as being a bit ironic,” said Kevin Colleran, a partner at the firm. Founders always ask about it, he added.

Slow has not invested in any fast-sounding companies, but true to its brand, it did back a start-up called Breather. I took a contemplative breath of stale apartment air and considered the last time I had put on a pair of “hard pants.”

That afternoon, I got a Zoom call from Christopher Murphy, the founder of Zoomforth, a software start-up. He chose the name in 2012 because “zoom” sounded aspirational, and if he added “forth” to it, the domain was available for $13.

At various points, Zoomforth’s employees contemplated why Zoomforth was named Zoomforth. “We didn’t have a great answer,” Mr. Murphy said.

But rebranding would have been expensive, and the vagueness helped as the start-up found its footing. “Zoom applies to any type of service anywhere,” Mr. Murphy said. “What it lacks in specificity it gives you in applicability.”

Zoomforth has been confused for Zoom, the videoconferencing service, somewhere between 100 and 1,000 times, he estimated. Including by his dad, who recently responded to a family Zoom invite by saying, “I’m so glad we’re finally able to use your software,” according to Mr. Murphy.

“It was comical,” he said, “and somewhat depressing.” Just like this article, I assume.